Well, I had to wait a few days to post this because of the nature of how this experience played out, but now I think I can deliver a completed picture.

As the Blood Full Moon was waxing, there was a build-up of many dis-harmonious energies, as if they were getting moved up and out. For myself and a close empathic friend, who has always shared the ability to feel other’s energy, we were really feeling anxious and almost toxic levels of fear coming up for both of us the weeks preceding the full moon. While I can understand certain pressures and issues being stressful, it was more like a pestilence of fear being reigned down upon us. 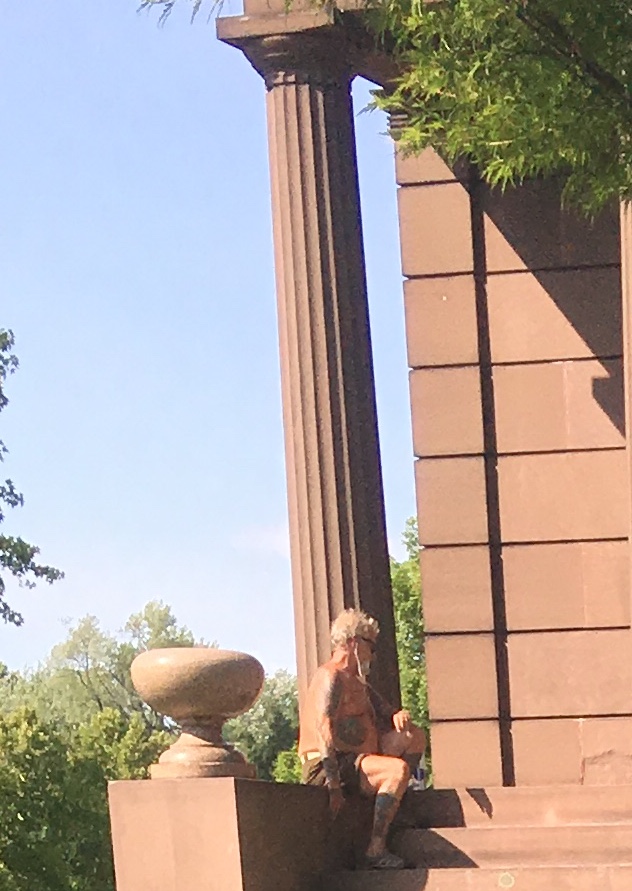 As the 4:20pm (EDT) eclipse was occurring, my friend and I decided to go to the cemetery to observe this event in a special way. I knew of a limestone monument that looked like the Temple of Delphi that I thought we could sit near it and meditate. As we approached, there was instead someone planted on the steps looking like the Oracle of Delphi himself, with a long white beard, sandals, and earbuds, having a fairly loud conversation. I jokingly commented to my friend that we had come to see the Oracle, but he was on his cell phone, and therefore we would have to seek the answers (in our battered state) within!

After a few minutes, as the clock rounded 4:20pm I suggested we walk across the ridge to a nearby sight, which we did. As we went over the hill, almost telepathically, we both noticed and conveyed to each other mentally,  a loss of bodily awareness. It was as if we were one with each other, the liquidity of the wind, sun, and leaves, as we walked among the tombs. At one point my friend even started to point his index finger “hither”, as if imitating the spirit of the dead.

We next noticed a group of visitors at a great distance and it became obvious to us both at the same time that they were in the 3rd dimension and we were in the 4th – the afterlife!   At that moment, speaking for the first time since we started to take the walk,  I exclaimed, “I like death, it’s fun!”  This  declaration was in sharp contrast to the life-long joke we always made to each other with the trite phrase- “I like life, it’s fun!”, during extremely uncomfortable moments. 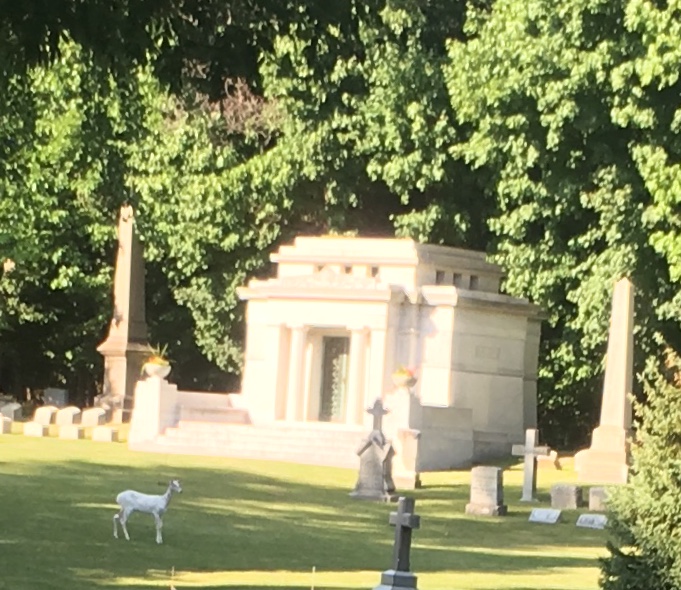 I cannot stress the surreal quality of this eclipse, as we strolled among the tombs in an altered state looking for gravestones with our names on them, as it was pretty evident that we weren’t “in Kansas anymore.” As we turned the bend, as if this couldn’t get any more ‘over the top’ we both saw an albino deer standing before us. I’ll never forget the look on my friend’s face as the blood drained out of it!  As we approached it, constantly checking in with each other,  it didn’t move or walk away as we stood in front of it for a long while.

By the time we returned to the Temple, the Oracle had gone, and we eventually made it back to the living. The next morning my cousin told me, in relation to this story, that she had just listened the night before to a tape of Harry Potter before bed, and that at one point Harry needed a symbol of protection from the dark forces, and was given the symbol of a white stag. I feel as if we were given the same symbol having stood before the white fawn, because the next day, as the fear energy came up, just the recollection of those inter-dimensional moments of the eclipse, dissolved the energy away, both for my friend and later that day, for me. 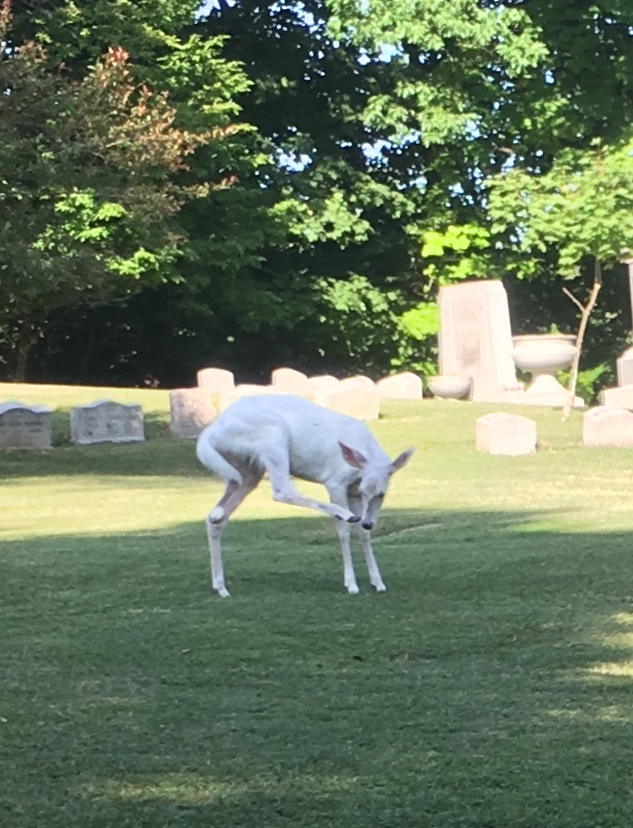 This leads me to conclude that the journey we are all on, is allowing us glimpses of a more gentle and nurturing state, far from the electric energy of the Matrix (society foundational system built on competition, judgment, belief in lack, and fear). This realm of nature, inner awareness and love is what lies ahead as we leave the confines of a limiting existence of dependence on this unsustainable societal system.

We are being incrementally assisted forward towards higher vibrations, energetic connectivity and to the full spectrum of our being and awareness of love, through planetary and cosmic waves of light. With every month new planetary alignments, downloads and activations are preparing us from within for an inter-dimensional expansion.    And as we take charge of ourselves, our bodies, and our emotions and overcome the teetering overload of the Matrix, we will come to harmonize with a new system based not on commerce, but on love, happiness and the well-being of all.